14th century longsword based on a few existing examples.

'Komtur' (ger.) - means a Knight Commander, and it is a title of honor prevalent in chivalric order and fraternal orders. The smallest administrative unit of the order was the Kommende. It was ruled by a Komtur, who had all administrative rights and controlled the Vogteien (district of a reeve) and Zehnthöfe (tithe collectors) within his rule. In the commandry, all kinds of brothers lived together in a monastic way. Noblemen served as Knight-brothers or Priest-brothers. Other people could serve as Sariantbrothers, who were armed soldiers, and as Half-brothers, who were working in economy and healthcare. 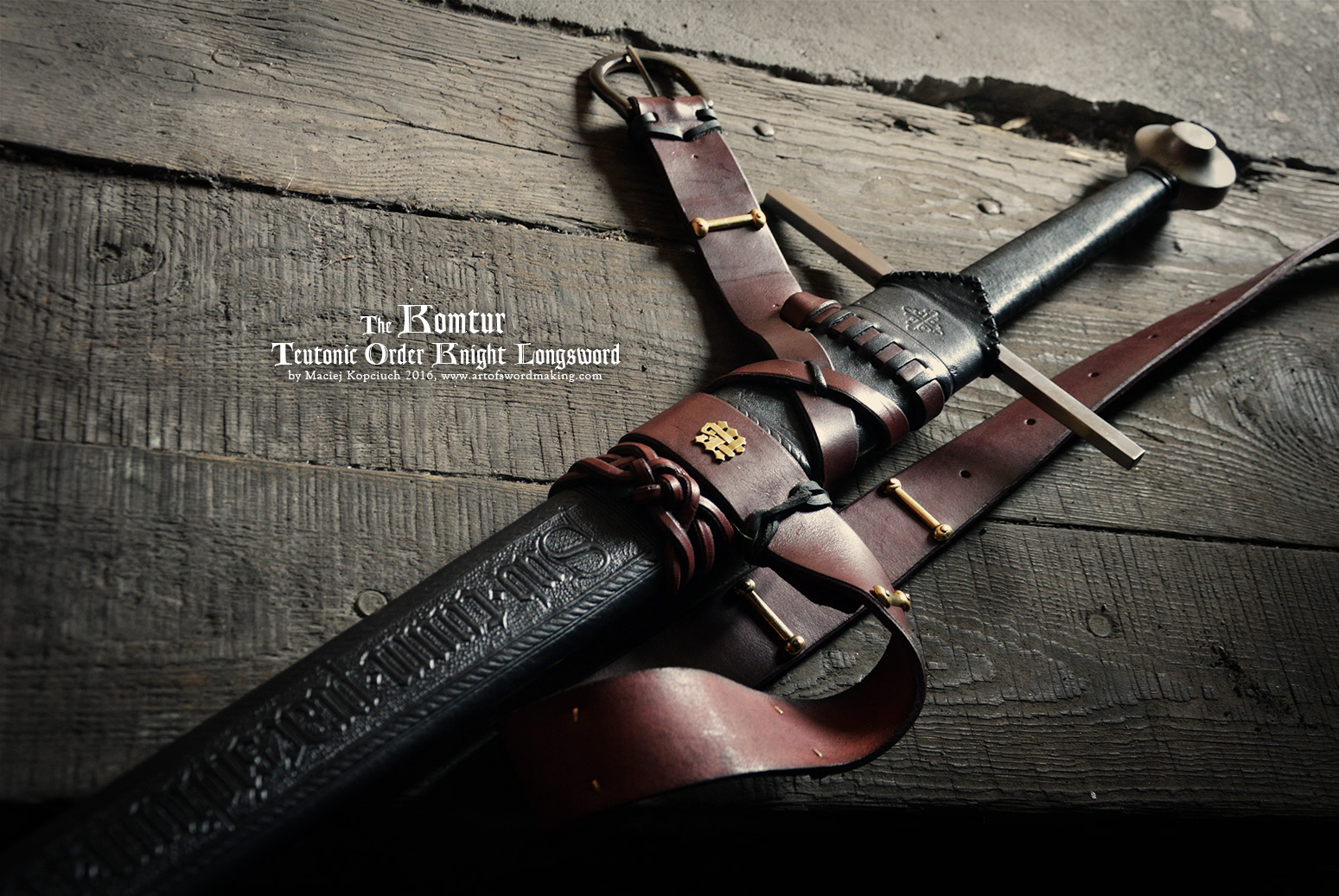 Dating:
This sword design is close to some existing museum examples in Poland and Germany, dated to 14th century.
While the sword can be dated to 14th century, the scabbard with its decoration can be later, dated to late 14th / early 15th century, what is normal situation in Middle Ages, when sword could be used by 2 or more knights, forwarded to some younger person.

Characteristics:
This is very good training sword - well balanced, light and quick.
Small, 8mm cross potent marks are most common protection symbols on swords, frequently placed close to the crossguards.
The pommel in this sword is based on some Teutonic Order sword, now in Malbork Castle Museum in Poland. Also the blade is very close to many longswords from this period. Simple, straight and quite thin crossguard is one of the most common types for this swords (second common type is straight with slightly thicker and/or octagonal cross-section ends).
Classic example of medieval battle longsword.

Scabbard:
My idea was to make a contrast between simple, battle sword with highly decorated scabbard, which could possibly added later, in 15th century. We know some view examples of swords with later scabbards.

Scabbard and belt for this sword reflects a German style with black colors combined with gold and silver fittings. Belting style from 13 / 14th century is combined with simple functional buckle.
On the belt we can see also golden letters 'AM' (Ave Maria) combined in medieval initial.
On the scabbard we can see the beginning words from old prayer:
'Sub tuum praesidium confugimus, sancta Dei Genitrix '.
Both details also reflects Teutonic Order canon. 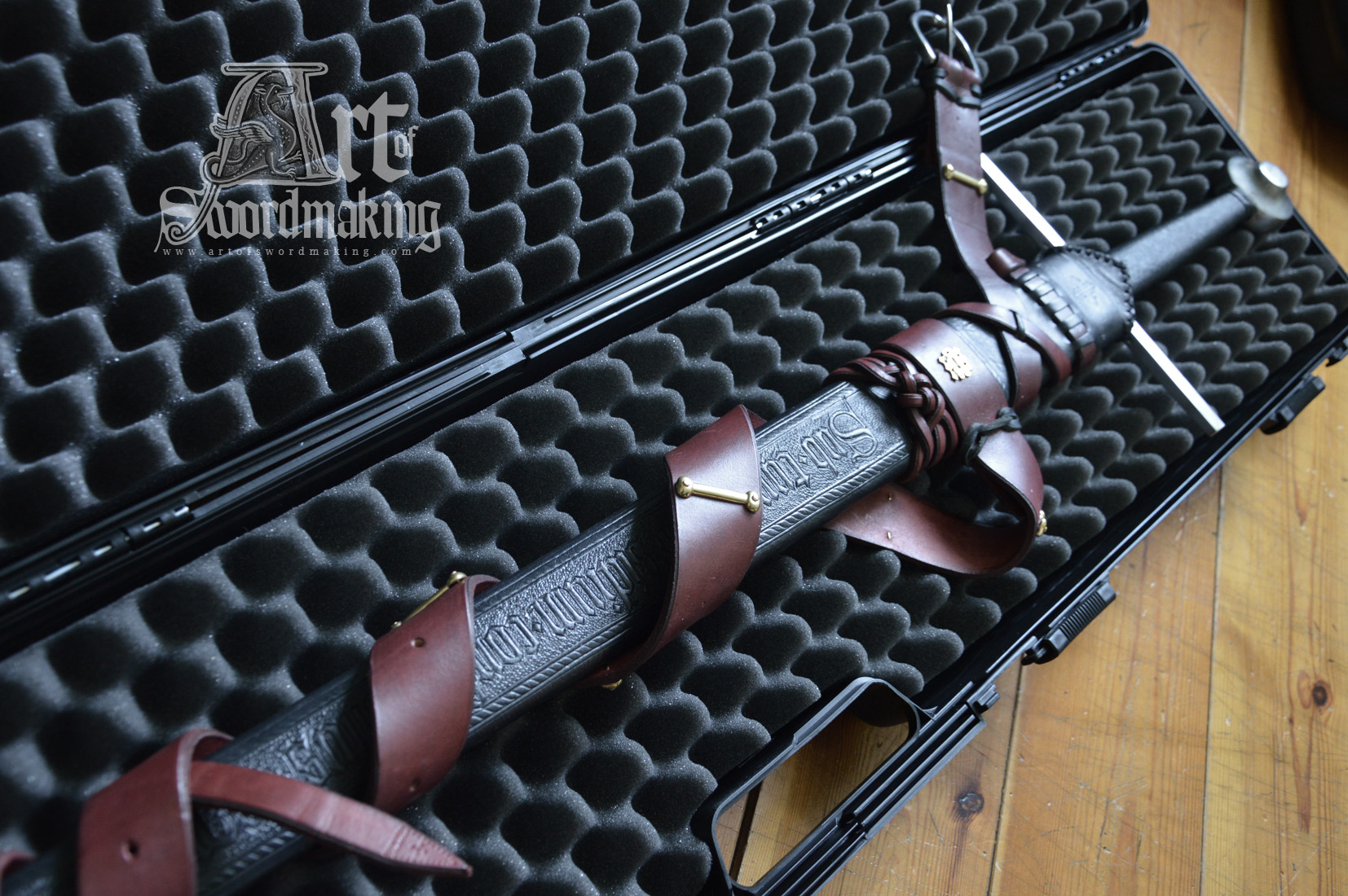