VLFBERHT SWORD with custom scabbard and belt...
This is a very accurate with all parameters reconstruction of the VLFBERHT sword found in Lednica Lake in Poland. Blade forged and hardened, sharp. Letters are etched and engraved for similar to inlaying steel effect.
This particular sword is dated by researchers to an early 11th century (1000-1030), but also may be late 10th...
So, it would be an example made at the turn of two important periods of decoration style.
I have decided to include some decorations of an eariler time with Slavic motifs (which not disappear suddenly then but was adapted to the new religion and art and still seen even much later) - or associated with the influence of the Vikings, if you want to call it that way... Anyway - this is of course my interpretation and invention here - not based on any existing scabbards, but connected with this particular style and period.
The belting style - actually little more related to a later period - is also used today for this type of swords, brazil-nut pommel and simple crossguard - close to Norman style of swords in the Crusades Age... This is because we have not enough sources about scabbards 10-11th century and this style we can see from the 12th century in manuscripts... We can suspect that this kind of belt wrap appeared much earlier, as a simple and functional method - and became the most popular style for the next 250 years... this is why I decided to use it here... but - as I said before - this is only my invention and interpretaion here about the scasbbard and belt.

Belting style:
I was testing this simple mounting method for belt, on scabbard with some back reinforcement (wider, short belt) made with leather and works very well... it also can give some field for decoration design.
Notice that we don`t know much today about this particular kind of mounting method - all of those used today are just interpretations / variations, etc. The point is to make it functional, strong and simply probable. It is not historical by the sources - there are no sources - but we can (and must) try those early methods - even if this means trying and research, which give more experience and important conclusions. 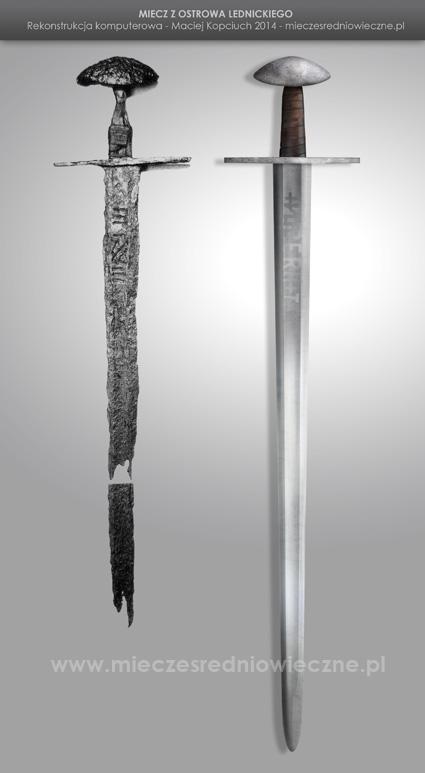